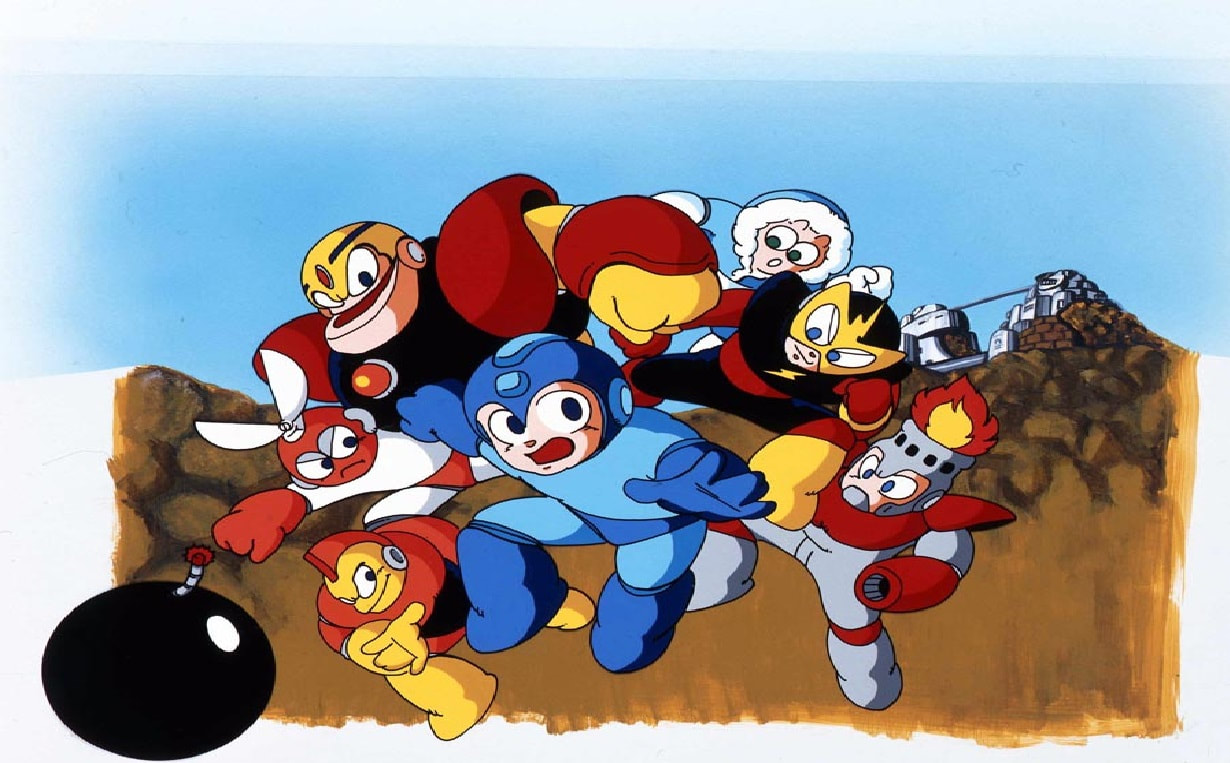 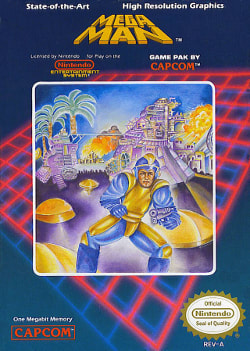 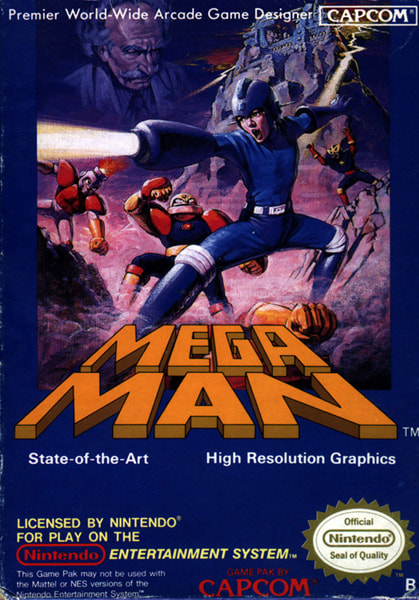 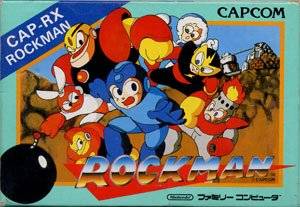 Robot Masters
The robot masters were created in the same manner as Mega Man was created – with independence and free will. They were initially created to do tasks that were normally too hazardous for humans. Dr. Light and Dr. Wily collaborated to create them and one day Dr. Wily reprogrammed them to be the generals in his vast robot army. Each robot master has his own weapon and his own personality. Vanquish the robot master and his weapon is yours to use.
​ 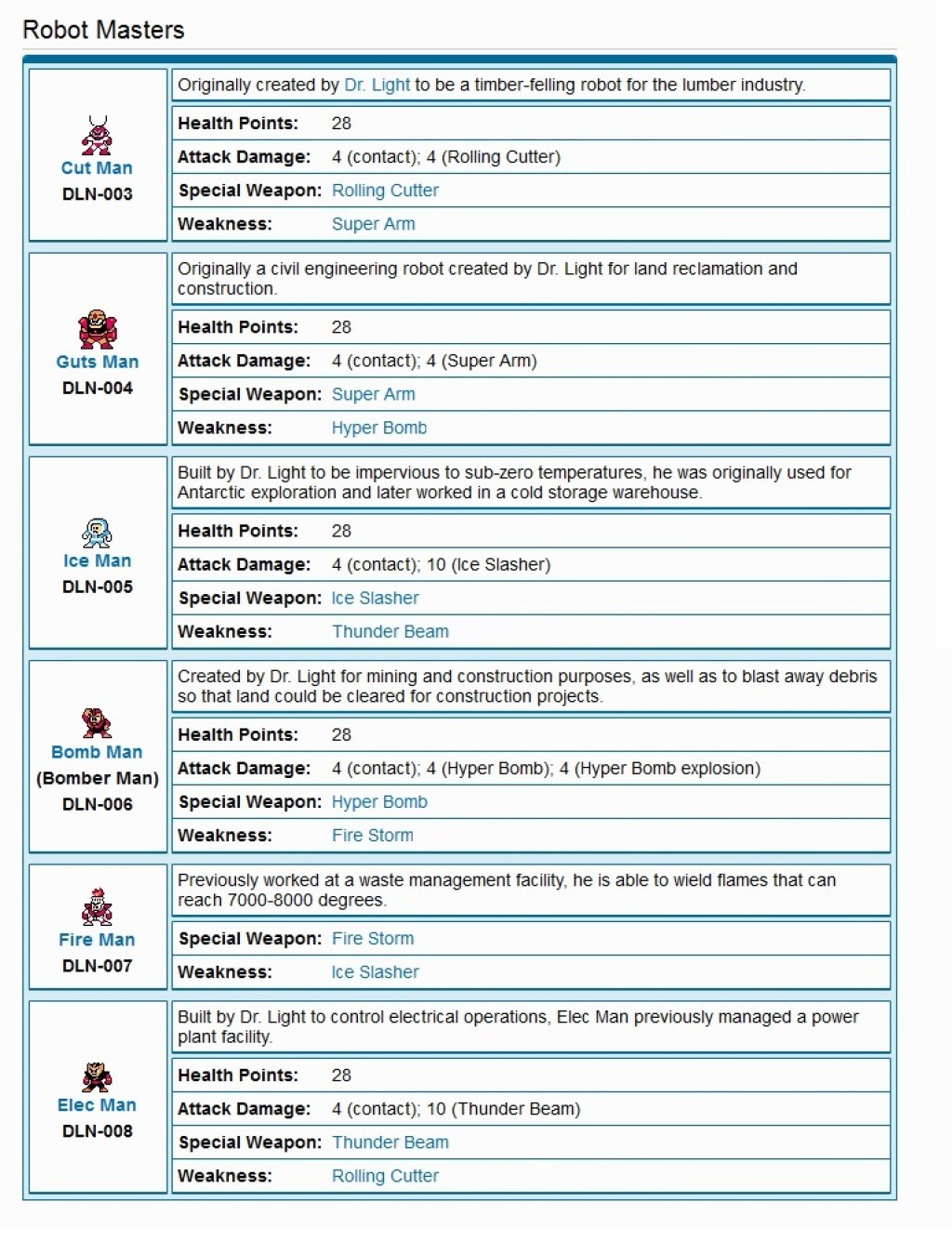 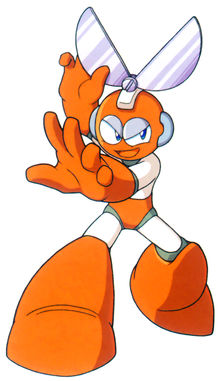 Cut Man
Cut Man is a logging robot who uses his ceramic titanium shears to easily fell timber. His giant scissors can be thrown like a boomerang where they strike the opponent and come back to Cut Man who can easily throw the same weapon back again. His frame is lightweight and enables for fast and agile movement. Defeat him and gain the Rolling Cutter.
Cut Man is perhaps the easiest boss in the game. He can easily be taken out by the Mega Buster and can be dispatched in two hits by the Power Arm. 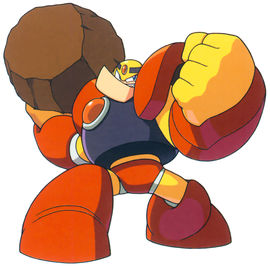 Guts Man
​Guts Man is a civil engineering robot who is the powerhouse of the group with “Hulk Smash” powers. He could use his enormous strength to lift structures and boulders weighing more than two tons to hurl at opponents, tackle anyone or anything that stands in his way and cause earthquakes to destroy structures and immobilize his foes. Defeat him and gain the Super Arm. 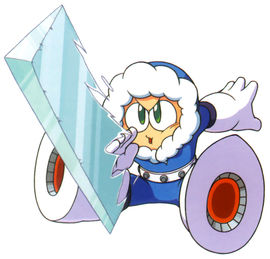 Ice Man
​Ice Man was created to explore the Arctic and perform tasks and experiments that would be done in subzero environments. He looks like a robot version of an eskimo with his attire. He can instantaneously use his ice powers to instantly freeze anyone and anything at a temperature of 200 degrees below zero. Defeat him and gain the Ice Slasher.

Bomb Man
​Bomb Man is a demolitions expert and was created to clear the land for development. He can create bombs and throw them with amazing accuracy. His bombs are powerful explosives that can destroy anything they come in contact with. Defeat him and gain the Hyper Bomb. 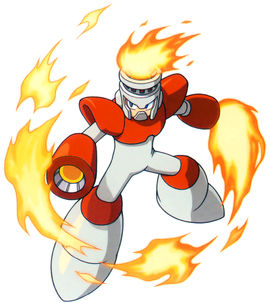 Fire Man
Fire Man is a waste disposal robot who has the ability to wield flames with temperatures of 7000-8000 degrees Celsius. His flames are so hot that they can virtually melt steel easily. Even Mega Man’s ceramic titanium hide can only withstand so much punishment. Defeat him and gain the Fire Storm. 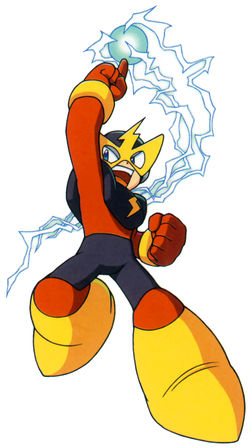 Elec Man
Elec Man was originally created to control the voltage of nuclear power plants so they do not go Chernobyl. He is quick moving and quick thinking. He has the ability to shoots bolts of electricity in three directions simultaneously. Defeat him and gain the Thunder Beam. 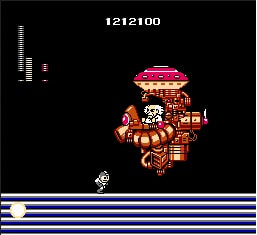 The VerdictEven though this is the first installment of the series, Mega Man is extremely challenging. There is no password system where you can start the game at a certain point and with certain weapons or items. There are also no energy tanks to refill your health in case you are running low on juice. The margin for error in this game is lower than the next installments.
This game was innovative for its time as it allowed you to select your own path with the six robot masters. Games during the time mostly only had a linear path and did not allow you to select stages in the order of your choosing. To add to the innovation was the ability to “steal” your opponents’ powers and use them yourself.
Though the graphics in modern day Mega Man games are leaps and bounds better than the simplistic graphics of this classic, the game is fun and extremely challenging.